2014 In Selling was all about transformation.

Most of the people who visited SalesTactics.org, however, were looking for advice on how to sell. Proven methods. Here are the five most popular posts at SalesTactics.org in 2014:

The Dummy Curve In Selling

How To Get To the Decision Maker

The Dummy Curve one is a surprise to me.

But my question to you about 2014 In Selling is this: What is your focus in sales?

2014 In Selling: Looking Forward Instead of Back

To succeed in selling today means looking to the future. You must transform yourself. I encounter far too many people who just want to know "HOW TO I MAKE A FREAKIN' DOLLAR!??" and have not yet discovered what is required to become an effective salesperson.

Consistency is one big factor.

Most people I know don't stick with a business idea beyond three days of sustained effort.

When you contrast this with the fact that it typically takes a couple weeks of sustained effort to get a business idea off the ground...well, you can figure out the results for yourself.

And a couple weeks is still a drop in the ocean in terms of time.

The Flywheel and Your Success

It was after a period of serious reflection at the beginning of the year, in which I re-thought the model for my business. You'll see from the "post pattern" image above (click to make it larger) I was posting almost every day at the beginning. This was getting the flywheel starting to turn. Effort. Inertia. I didn't stop after three measly days. Or three measly weeks.

Now you wonder what happened after August. Why didn't I write so often anymore? At that point, the truth was: I didn't have to. I just didn't have to put so much effort into this blog in order to keep the traffic up.

The flywheel was spinning well on its own.

I just searched, and found out I don't have a post about the flywheel on this blog. Well let's get into it. The flywheel is a critical concept from Jim Collins in Good To Great. He explains it in detail here, following the heading "How change does happen".

Be prepared to be surprised.

"Now picture a huge, heavy flywheel. It’s a massive, metal disk mounted horizontally on an axle. It's about 100 feet in diameter, 10 feet thick, and it weighs about 25 tons. That flywheel is your company. Your job is to get that flywheel to move as fast as possible, because momentum—mass times velocity—is what will generate superior economic results over time.
Right now, the flywheel is at a standstill. To get it moving, you make a tremendous effort. You push with all your might, and finally you get the flywheel to inch forward. After two or three days of sustained effort, you get the flywheel to complete one entire turn. You keep pushing, and the flywheel begins to move a bit faster. It takes a lot of work, but at last the flywheel makes a second rotation. You keep pushing steadily. It makes three turns, four turns, five, six. With each turn, it moves faster, and then—at some point, you can’'t say exactly when—you break through. The momentum of the heavy wheel kicks in your favor. It spins faster and faster, with its own weight propelling it. You aren't pushing any harder, but the flywheel is accelerating, its momentum building, its speed increasing.

This is the Flywheel Effect."

When do most people give up? After just a few days of sustained effort.

Instead of quiet, consistent effort, most people search for that magic bullet. The loud, fast thing that's going to transform their life forever. Well, unfortunately that doesn't work.

2014 In Selling should have been about transformation and quiet, consistent effort for you.

How close or how far did you land from that target? What will 2015 In Selling be about for you?

>> Jason Kanigan is a business development expert. Was this information on 2014 In Selling helpful to you? Please Like or Share to let others know. And if you have a question, please Comment below! << 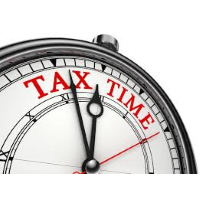 "Tax Time is coming," he said as ominously as a Stark announcing the impending onset of White Walkers. As a business owner, you must learn how to talk about money.

As self-employed business owners, that's the game we're in now: to earn as much as we can, and then apply as many expenses dollars against that revenue to minimize our taxable income.

If what I just said is gibberish, it's time for you to get some basic business accounting and tax education. Local colleges will offer these and guess what: that's an expense. Right now is a great time to start learning about accounting and tax for your business, because it'll give you a couple months' head start before the tax season begins.

I expense Amazon/Kindle books, courses, consulting fees, hosting fees, membership fees, advertising costs, all the costs of running my home office...tons of things that I must spend money on to run my business.

Training programs like the ones I offer are definitely tax-deductible expenses, and that's why I say they are essentially free. After you bring in the revenue to cover their initial investment, the deduction from that revenue makes their cost $0.

If you've been an employee all your life, and have only recently gotten into the business owner game, this can be a hard mental shift to make. But if you don't, a) you won't be playing the game effectively, and b) you'll be paying much higher taxes than you should.

It's not even necessary for you to spend money to learn about how tax works. There are free courses like this one from the IRS:

(I watched the first couple videos and they were quite approachable! For content that came out of the IRS, they're understandable.)

Other online sources are also available, such as:

Now I got my basic tax education as part of the Accounting portion of my business degree 20 years ago. Learning how to speak that language was one of the more valuable things about my education. And if you're going to succeed in business, you MUST learn how to do this...no matter how unexciting it may seem to you at this moment. I mean, does saving yourself, say, an additional $9000 or maybe 20% of your tax bill sound exciting?

It does to me! And that's what a fellow business owner hired a consultant to help him do in the past couple months. We're talking REAL MONEY here. I hope that has an impact on you. As a business owner, you must learn how to talk about money.

Every field of study has its gibberish. Remember that. If you decide to start learning about photography, web design, or types of birds, just like with the study of accounting and tax, there will be new terminology to learn. Don't be scared, and realize the value and effectiveness of what you'll learn.

>> Jason Kanigan is a business development expert. Was this info helpful to you? Please Like or Share to let others know! If you have a question about 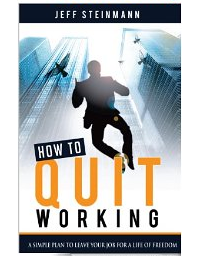 How To Quit Working: A Simple Plan to Leave Your Job for a Life of Freedom is the number one business book I recommend. Whether you're thinking about making the leap from corporate drone to self-employed owner or realize you need to update your entire business model, How To Quit Working by Jeff Steinmann will give you a detailed road map and action plan.

Have you ever said to yourself, "I want to quit my job and start my own business but I don’t know where to start. What if I don't make any money? What if nobody will buy from me? What if I fail?" These worries are the reason 80% of Americans work jobs they don't like.

With this disturbing statement, Jeff begins his instruction manual on building the ideal business lifestyle for you. This isn't a fluff book. It took a long time for Jeff to make the leap himself, and so he understands exactly what you're going through. All the inaction, all the worries, and all the questioning. All answered herein.

Something I see commonly in the SaaS industry is people jumping into business by creating a product. The business owner typically originated the idea for this product. Fatal mistake? They didn't check to see if it was what the marketplace wanted. Conclusion: FAIL.

If you read Jeff's book and do what it instructs, you'll never have this problem. What you provide will be what the market wants. They'll tell you so!

Since positive feedback and making some money are so important in those early months, How To Quit Working concentrates on getting you fast results.

How To Quit Working: My Review

I haven't found any other book that explains what to do to set up a successful business so well as Jeff's. And that's why it's the top business book I have consistently recommended since I found it over a year ago.

"Most of what you've been taught about business is a lie," says Jeff...and he's right. Take the blinders off and get How To Quit Working.

>> Jason Kanigan is a business development expert. Jeff Steinmann is a business consultant and contributor to the Huffington Post. Was this information useful to you? Please Like or Share to let us know. And if you have a question about How To Quit Working, or a review of your own, send us a Comment below! <<