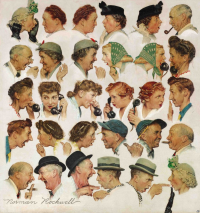 The most popular Apr posts here at SalesTactics.org begin with a bit of an anomaly. A post on the potential price of success that had been fairly popular since its publication in February was listed on Reddit. This lead to well over 600 views of the post alone. That's great, but most of the people who saw it were kids interested in Transformers; not adults with life experience. Nor were most of these viewers looking for success or sales advice. So they weren't interested in other articles. Still, a high number of people who otherwise would not have visited this site were attracted here, and I appreciate that.

I considered lopping this result off our list as an outlier. However, it legitimately did get many views and is worthy of the attention it received. Additionally, a comment by a Reddit viewer prompted me to add more detail to my analysis.

Most Popular Apr Posts at SalesTactics.org

We look at an example not of success itself, but rather the price you might have to pay for your definition of success. Megatron is a cartoon and a "bad guy", so he never really wins. However, he is a clear symbol and leader of his movement. And he has a huge price to pay for being so: he can't take a day off just because he feels like it.

What Megatron is mirroring here, and what I'm talking about, is a real-world situation. The leader has worked their way into becoming a symbol, and their public behavior cannot vary from the mental picture their public has of them. If they do, they'll lose all their power.

My purpose in writing this article was to get you thinking about what success means to you. As I said in my follow-up piece below the original text, I've worked with many coaches. From that experience, I can tell you that when people find out what their life purpose is, often they do not like it. They have to do it, but pursuing that purpose is going to be an awful slog without much in the way of redeeming feedback. Is that what you want? On the other hand, can you stand turning your back on your purpose?

#2 - Negotiating Is Bad And Here's Why

If you find yourself in negotiation, you've made a mistake in your sales process. The prospect doesn't see you as unique, or different in any way. They've lined up you and your competitors in a spreadsheet to figure out how to get the most for the least. And they will be coming to use the quotations you and your competitors so cheerfully provided against you.

In this article, we look at the relentless and well-composed marketing machine behind the sales of Girl Guide cookies. If your business had its sales & marketing system together as well as the Girl Scouts do, you'd be in a much better position--and you'd know what to do. Their site is a great example of how to provide organized marketing tools to front line sales staff.

My Take On the Most Popular Apr Posts

I believe we're continuing our search for the building blocks of selling. People want to see and know what works, and beginning with the questions of, "What am I aiming for?" and "How do I know when I get there?" is a useful beginning.

Recognizing the peril and error that has put you into negotiations is a powerful realization. If you don't know what's happening to you and why it happened, you are the victim. In selling we must be in the driver's seat; otherwise, the prospect is in control. Since it's our responsibility to communicate effectively, ceding that control to the prospect--accidentally or on purpose--is giving up your integrity as a salesperson.

Early in April we also looked at Qualifying. Spending energy on, giving price quotes to, and inviting into our business prospects who are not a good fit is a huge mistake. Allowing unqualified prospects to become clients will result in badly-behaved, financially unsound customers upsetting you emotionally and damaging your business. Don't let that happen: qualify effectively...and mercilessly.

Yes, that's a strong word. This is your business, your livelihood, we're talking about.

PS. Really LOOK at that Norman Rockwell painting above. Something's going on there; it's not just a bunch of heads. Once you've figured out what's happening, imagine how this same process occurs between you, your prospects and your competitors.

>> Jason Kanigan is a sales force developer. Was there a post you think should be on the list that I missed? Comment below to let us know! And if you're operating an established, profitable business earning over $250K in revenue but want to take it to the next level, come visit with me to figure out the whole detailed plan on how you're going to reach your next income goal over the next 12 months. << 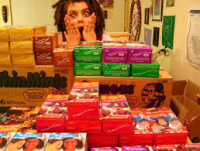 You should see the relentless marketing machine behind how to sell more Girl Scout Cookies.

I read a recent article that mentioned how well the Girl Scouts have mapped out their sales process. All those litte salespeople need training and support. And we all know they move a lot of cookies.

You can see what they're doing here.

They have a great page for tools like posters and banners to let people know the cookies are available. This certainly results in a consistent message to the target market.

However, the glaring omission in the site on how to sell more Girl Scout cookies is this is actually marketing. Nowhere (that I could find, at least) do you find what you should say.

I wondered whether this was a guarded secret. Something that is never written down but instead passed along in person, tribally, as I have seen with the ever-changing management and floor staff of call centers.

With a little digging, I did uncover a Seattle mom's blog about how to sell more Girl Scout Cookies. She does provide a door-to-door script.

Presumably the writer of this script has assumed the prospect already knows all about Girl Scout cookies. The script is all about tying the act of buying into helping the child achieve her bigger goal.

Now here's where things get really interesting from a sales process standpoint. Our valiant mom has a secondary sales goal! If the prospect doesn't want cookies, the Girl Scout's next step is to ask if they would like to donate a box to Operation Cookie Drop for the troops.

If they can say no to buying cookies from a cute little girl AND donating to our troops, they clearly have a heart of stone.

Notice how it protects the self-esteem of the salesperson. If the prospect won't buy cookies from you, or donate to the troops, there is clearly something wrong with them and you can go ahead and qualify them Out with a clear conscience.

In Part 2 the following year, the mom updates what's working and what's not with personalized marketing materials. Her numbers are not statistically significant but they are data from the field.

If you're going to use a yard/bandit sign, make sure it's plastic and not poster board.

If you market with a magnetic car sticker, check that the font is readable when the car is moving at speed. This is a pet peeve of mine. Especially on billboards. I squint at tiny fonts and those in lousy color choices, and wonder: what graphic designer came up with that one? You can't read it. What a waste of money.

The Girl Scouts also have a mapped-out rewards system. Move X amount of cookie cases, win prize Y. And the prizes, of course, are relevant to the sales team's demographic.

So my question for you today is: Are you as well organized for selling your product or service as the Girl Scouts are for selling cookies?

The alarming truth is that the Girl Scouts have it together far, far better than most businesses.

It's not rocket science. But you won't be able to sell more Girl Scout cookies unless you get your sales & marketing process together.

>> Was this helpful to you? Please Like, Share or Comment to let others know. Also, if you want the skills to achieve your sales targets, book a call with me! <<