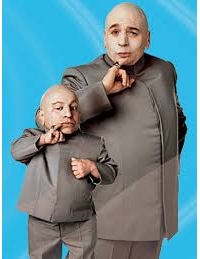 Sales Manager candidates are frequently promoted from within. An above-average salesperson is tasked with the role of improving the performance of not just themselves, but the entire team. Just as often, this decision leads to disaster.

Consider first: if the sales manager role is also a selling role, meaning the candidate still has to maintain their revenue targets, how much time and energy will they have to coach others?

Second: if it isn't a selling role, the company now loses that revenue and has to replace it. Not only does the new sales manager have to improve the performance of their team, they also have to get them to make up the loss of their own previous sales.

Third: the skills that made the candidate a good salesperson are NOT the skills that will make them a great sales manager. Sales management is an entirely different role and needs a totally different skill set. Think about baseball. Would you promote the best hitter to coach, and expect things to work out? This is how you ought to be viewing technicians and managers. That hitter is out there to hit the ball. That's their job. And the coach is there to coach them--not to hit the ball themselves! Even if the coach could hit the ball more effectively than the hitter, they cannot and should not intervene. It's the hitter's process, the hitter's moment. Get it?

How the "Mini Me" Sales Manager Syndrome Causes Serious Problems

Richard Ruff, a sales program developer from Sales Horizons, is an expert we've heard from before. He recently wrote about the "Mini Me Syndrome" in sales management. When a salesperson gets promoted to sales manager, their instinct is to get the team to start emulating what made them an individual success. The problem with this approach, says Ruff, is twofold:

Individual differences make it difficult to "clone" the whole team into following one sales approach.

Transformational market shifts mean that the path to sales success that worked last month may no longer be there. What, how and why people buy can and is changing quickly.