Talent or Skill? Which is it, and why is the distinction important?

People frequently shut themselves down because they're not great at something the first few times they try it.

"I'm just not a salesperson," they say.

"I bought this expensive camera; how come it doesn't take good pictures?

What's incredibly useful in situations like these is asking yourself, "Is this a talent we're talking about here...or a skill?" 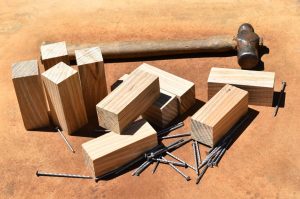 Is This Talent Or Skill We're Talking About?

A talent is a natural affinity for a task. You can have athletic talent. Or the talent of thinking like a photographer. Or a talent for understanding how mixing ingredients will determine flavor.

But a skill is something you have to work on. To be good at a task, you must persist in developing the skill. No matter how much talent you may have, the skill needs to be honed.

No less a writer than Stephen King said:

"Of course there has to be some talent involved, but talent is a dreadfully cheap commodity, cheaper than table salt. What separates the talented individual from the successful one is a lot of hard work and study; a constant process of honing. Talent is a dull knife that will cut nothing unless it is wielded with great force—a force so great the knife is not really cutting at all but bludgeoning and breaking"..."Discipline and constant work are the whetstones upon which the dull knife of talent is honed until it becomes sharp enough, hopefully, to cut through even the toughest meat and gristle. No writer, painter, or actor—no artist—is ever handed a sharp knife (although a few are handed almighty big ones; the name we give to the artist with the big knife is “genius”), and we hone with varying degrees of zeal and aptitude.”

Many people mistake the need for skill for the need for talent, and give up. It's not talent you need. Many talented people do nothing with their talent. And many people with far less or no talent do well because they practice and hone the skill.

You almost assuredly didn't learn how to ride a bicycle in one attempt.

Stephen King On Talent Or Skill

Notice what King says: "[Nobody] is ever handed a sharp knife". Despite talent, or lack thereof, everyone needs to work on their skill to get better results. It's not instant and it's not easy.

So when you feel you're "just not talented," what are you really saying? Are you thinking about giving up because you lack natural talent and weren't handed a sharpened blade...or is the truth that you need to work on the skill? And that some effort put into the skill will get you good results?

>> Is it time to talk with Jason? Book your consultation <<