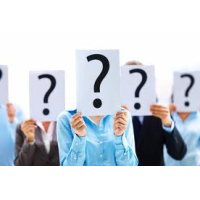 What matters when hiring salespeople? Recently I was asked this question on Quora. (The exact question was "What qualities should I look for in a B2B sales person for a startup?")

A couple other people responded, talking about firm handshakes and relational smiles. Readers liked that. Easy to understand. But they're wrong. Dead wrong.

These answers and the typical business reader's reaction to them demonstrate just how unsophisticated the average person's understanding of selling is.

I say that not to be insulting, but to educate.

Selling is NOT about confidence, the right moves and noises, or even product knowledge.

Unfortunately, that is precisely what the public things selling consists of--and the road directly leading to the public's perception of salespeople as "slimy tricksters who will say anything to get an order."

The truth about what matters when hiring salespeople is deeper than shallow gestures, poise, and knowing a technical detail or two. Let me give you an ultra-clear example.

A Crystal Clear Case Study of What Matters When Hiring Salespeople

Not long ago I got an email from a partner at sales force developer Kurlan & Associates. They'd completed a study splitting up sales candidates into five groups. All went door to door, selling the same "overpriced luxury item" for three days.

To screen the candidates, Kurlan's OMG Assessment was used to divide the groups up. One group had the top "Sales DNA", what we might call natural selling ability. Another group had the strongest desire and commitment. The remaining three groups had lower scores and were similar with one another.

Fun fact: the team having the poorest commitment score missed one of the coaching sessions.

The most attempts, or doorbells rung, was made by Team Desire and Commitment. One member conducted over 700 by himself. They were not great at selling, and their conversion percentage was low. However, they tied for first place because they continued to get 'at bats'.

The highest conversion percentage went to Team Sales DNA. They simply would make the sale most of the time when they got up to bat.

They made 800 attempts and no more.

1. Sales DNA by itself does not drive performance. The existence of selling skills does not mean the candidate is motivated.

2. Desire and Commitment by themselves will not inform you about effectiveness.

3. Competent sales pros will stop working when they reach their goal, unless they have a very compelling reason to keep going.

4. And your interview candidate? If they don't have Sales DNA or Desire & Commitment...what kind of a job are they going to do?

The Two Key Determinators of What Matters When Hiring Salespeople

This is the basis for my answer on Quora of what matters when hiring salespeople.

The qualities you should be looking for in hiring a salesperson are Desire and Commitment (to selling), and Sales DNA.

If they don't have those, they're going to fail.

A way of demonstrating whether or not the candidate possesses these two factors is to ask them about their consistent sales process.

As a business owner or hiring manager, you almost assuredly do not have the time to hold the salesperson by the hand, train them and tell them what to do next. They must know on their own what to do.

And if they don't have a consistent sales process--never heard of it, can't describe it, or get wishy-washy and say things like, "It's different from person to person"--then they won't know what to do next. They also can't have much Desire and Commitment, because they haven't bothered to learn anything about selling (and how long have they been in the field?! You'll probably find they've been doing the same first year of the job every year they've been working, even if it's been for twenty years). Someone with good Sales DNA will be able to figure out what they are doing on their own and describe it to you, too. That's what matters when hiring salespeople.

Technical knowledge is unimportant to selling. It can always be acquired over time. Many times I have taken sales jobs in fields I didn't know anything about to start with. I found a techie to partner up with, and in a few months knew everything I needed to know to be independent. In the meantime, all I had to do was take the prospect's requirements and ask the techie to turn them into the technical syntax of the business...and then let me know whether we could do what the prospect wanted or not. Easy.

So the surface level things the public believes are important in hiring salespeople are incomplete and misleading. They do not indicate in any way that the candidate is competent at anything other than interviewing. Many people interview well, but cannot do the job once they are hired.

Instead of looking for firm handshakes and friendly mannerisms when interviewing, dig deeper for what matters when hiring salespeople: Desire and Commitment and Sales DNA.

>> Jason Kanigan is a sales force developer. Are you confused and unsure about how your business is going to earn the money and hit the revenue targets you need for the coming year? Have Jason work side by side with you in developing a Sales Plan unique for your business. There's much more to making your money targets than you think. And if you found this info helpful, please Like, Share or Comment! <<