Good prospecting is a rarity. If you prospect well, you can stand out in a way your competitors won't. You'll shorten your sales cycle. You'll get to the point faster with more prospective customers than you have before, and faster than your competitors do. Your ideal customers will be saying, "How can we work together?" rather than, "So what's your price?" 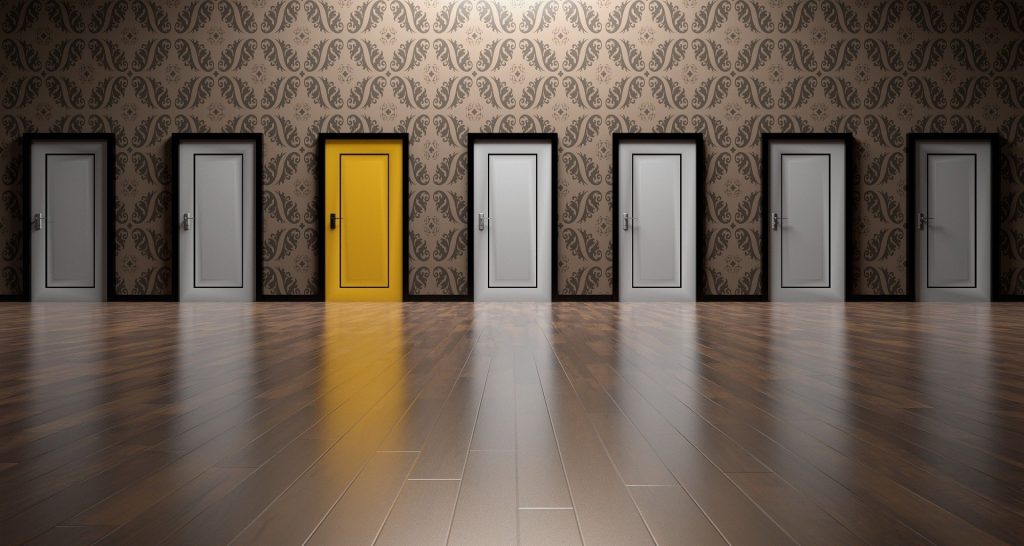 Image by Arek Socha from Pixabay

I've covered what's wrong with prospecting before. And I've also provided a FREE solution. But I have to tell you, the records show that you folks don't click over and follow that free course from someone else who's not associated with me, ie. I have nothing in the game in sending you over there. It's simply great stuff.

Yet almost nobody hits that link.

Is the idea that you're going to have to learn something, do some work, actually go through a course to be able to prospect well too much? Or did you not see the link because it's at the end of the article? Curious.

Anyway, I signed up for a free accountability program from another sales trainer who I respect. It offers to accelerate your results through the rest of 2022, the final three months of this year. I wasn't struggling, but I do always want to be better. It's been about a week and I've already:

1 - made a new series of videos on effective prospecting, as my daily video content creation per the program

2 - hit a personal best in closing six five figure sales in one day.

And my prospecting & qualifying method, as outlined in this video series, is responsible for a lot of that result.

Here is the playlist. Keep coming back to it because I'll be adding more videos, sharing more prospecting tips. As people have pointed out many times over the years, my stuff isn't some idea, some unproven concept: it's based on trial and error and real results in the sales world over the past two decades. (Man, when I think back to the late 1990s, after I got out of college and was in my first bizdev job, just how little I knew about selling...and that nobody trained me on anything beyond technical features of the products!)

The first video alone will show you the difference between the spam-a-lot outbound leadgen machine, "throw spaghetti against the wall and hope something sticks" method almost everyone has adopted and something that looks, sounds, smells and is treated differently by the prospect.

Why Is Bad LeadGen So Rampant?

Why do you think it is the automated spamming outreach method is used so often? Is it because "that's what everyone else is doing" and so that must be the way you do it? Is it because people are afraid to be human beings, and want to hide behind that automation? Then you have something to blame, right? Must be the email deliverability. Must be that headline. Must be the message content—too long, or too short. Must be anything but YOU, the person ultimately responsible for your performance.

What if, instead of (Option 1) spamming 1000 attempted connections with automated tools over an afternoon...

...using the same bland and personality-less outreach message aimed at all those undifferentiated people you probably know next to nothing about other than "They are in X industry"...

...you (Option 2) focused on 30 leads you personally pre-qualified, who are likely to be receptive to your message because of where they're at and what situation they find themselves in...

...and your intention was to start a genuine dialogue with them as individuals, not immediately whip your offer out and shove it in their face?

I can tell you from personal experience that the second option, applied consistently and not as a one hit wonder, gets you much better results over time. Just like the results I experienced, closing six high ticket offers in a single afternoon.

It is not because I am such a great salesperson. Or that I always know exactly what to say. It is because I chose my prospects and hence where to put my effort carefully.

Get started on that playlist! Apply what you learn, apply it consistently, and watch what happens.

What if your employer uses the automated mass outreach approach to generate leads for you?

No problem! Use the same methods on the leads that you're given. Filter them quickly. Qualify for those indicators I teach you in the videos to look for that show you this is likely to be a good lead. Follow up using the process I demonstrate.

Just about everyone in the online marketing world whines that "If only I had more leads" they would be so much better off.

This is a lie. A falsehood. Generating increasing quantities of poor quality prospects that lead to no engagement will only waste the time and energy of the front line salesperson.

You need good prosecting in place to bring you a manageable number of better leads you can personally engage with.

This isn't something I've made up. I've been talking about it and building my process for many years.

>> If you're ready for the full version of what is explained here, including Challenger Sale instruction, how you should think as a founder beginning to operate your business, what to give your new hires to train them up quickly on effective selling, then get Sales On Fire <<