Six Essential Sales Skills is a guest post by Michelle Arios of bizdb.co.nz

Salespeople need certain skills in order to be masters of their professions. As it turns out, these same skills can help in many other areas of business. Some of them are even helpful for building stronger friendships. If you want to be a more dynamic person in both your personal and professional life, take a few hints from a great salesperson – they know how to succeed. 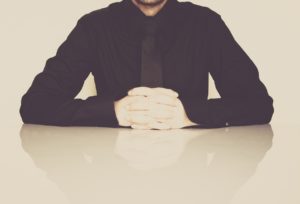 The first of six essential sales skills is that you need to be able to negotiate from both sides. Sometimes, others will try to talk you down. You might need to talk someone else down. A mastery of negotiation comes from knowing the way that both angles work together. When you know where the person you’re negotiating with is coming from, it’s easier to meet in the middle. This skill can help you get a better deal on your dream house, or even help you land that huge promotion.

When you already know what you’re trying to get out of an interaction, it’s a little harder to listen. Some people spend a little too much time waiting for their turn to talk, and not nearly enough time listening to the important points. You could be undermining your own ideas when you aren’t properly listening. Maybe you have something better to bring to the table, or a new perspective you can offer someone. Wait until someone else is done speaking before you formulate what you’re going to say – things can go better than how you imagined.

People buy you before they buy anything else – even if what you want them to buy is a pitch to become an investor in your new business, or information about why you’d be a great candidate for a job. If everything you have to offer is wonderful, people might not be as perceptive if you don’t strike a strong first impression. Open up a little bit before you get down to brass tacks.

Salespeople make deals because they’re willing to go the extra mile to demonstrate the value of what they’re selling. They can see clearly how something would fix a problem or fill a need for their customer or client. Learning to see that value is the origin of that skill. Use this skill to look at yourself. What value do you provide? What’s your strongest foot to put forwards? How do you enhance the lives of people around you? It could make you a star employee.

5. Knowing What Others Need (Even When They Don’t)

You could have the perfect solution, but you’re applying it to the wrong problem. A tailor doesn’t need a suit, and a baker doesn’t need a cake. It’s obvious enough that you shouldn’t provide someone with something that won’t be useful to them. But what about when they want something useful, and they’re not sure exactly what they’re looking for?
Always look from the outside in. If someone is looking for an answer to a symptom, they may miss the larger problem. By listening to everything they have to say, you’ll be able to ask more questions based on the information you’ve been given. That’s how you become a great problem solver.

Check in! Following up is the final of six essential sales skills everyone should learn. After a salesperson successfully closes a deal, they call the person in a few days to see how things are going, and ask whether or not they need additional products or services. The follow up is what builds important relationships out of a deal or arrangement that may have been temporary. Follow up after interviews and networking opportunities, or even business meetings that seemed to go well.

Every interaction you have involves some kind of sale, even if it’s merely the sale of ideas. All sales involve some kind of exchange. By approaching things as a sale and using these six essential sales skills not just salespeople should master, you’re making sure you’re benefiting just as much as you’re being helpful.

Michelle Arios works as Marketing Assistant for BizDb.co.nz, writing for several online magazines and gaining experience in marketing. Whenever not working, she likes to catch up with the industry blogs or her favorite TV shows.

Matthew North has genuine sales experience to share with us here. It's about the lazy attitude towards training displayed by many companies. That their focus is on making sales by whatever means—and if it grinds the salesperson's soul into dust, who cares...and the shift you can make so the process of selling can become much easier for you.

Let's join Matthew North as he describes the trainwreck of an experience that lead to his personal shift in selling... 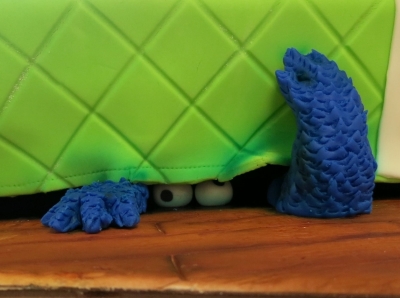 Let's talk about getting you in front of a trove of qualified people whose wallets are wide open, ready and waiting to buy from you.

I'm reporting from experience of being on the front lines. As a former sales guy, I became desperate to connect with people who actually wanted to speak with me. I grew tired of being the marauder of phone books and telephone directories. Sick of calling fax machines and the dominion of secretaries.

But things were good. So it never occurred to me why some people were easier to sell to than others. You just had your good days, then your bad days. And besides, the sales were easy. People kept buying, so I kept selling—which was fine until we ran out of leads.

I didn't suspect anything at first. Fewer people than usual called me back, and a couple of proposals fell through. No problem. I was going through a downswing, and soon I'd be on my way up again.

Things continued like this for a while. Each sale we lost would expand the pressure on the company to keep itself standing. Consultants of many different hats and titles were called in to doctor the cause. None of this mattered. The business had been kicked and dragged around towards bankruptcy.

But we had a plan: a list of old recycled leads. These people had shown interest at some point, and it was my job to close them. Just as I started calling, secretary commandos paraglided in to subvert me. "James? Is that who you want? Well, he doesn't work here anymore." "Brian is in meetings all week. Why don't you leave your number and he'll call you back if he's interested." "I don't really see why I should put you through unless can you tell me what this is all about." A whole calendar worth of presentations, gone. Management roared with criticism. They then gave me an opportunity (as they called it) to either meet target, or get out.

All this would culminate on a Wednesday morning. I was pulled by the neck to a small room; inside, my manager had waited. He closed the door, and handed me an envelope. I knew what was coming. He looked at me. I looked at him. We both stared. They then kicked me out, to a street that was laden with garbage. "Send him back where you found him," I heard them saying.

Over the next few months, everyone watched as our former employers went out the back door, and left behind a death knell of lawsuits and press releases addressed to anyone who'd read them.

It didn't matter how many dials I made, how polished my pitch was, or what kind of jokes I told: nothing had made a difference. Prospects had turned into brick walls.
A decade later, things are now clear: once the walk-in buyers were gone, it left only the "Not interested" punters behind. There was no real finesse to what we were doing, no process. We chased, and they ran, that was about it.

So if my company was wrong about selling, what's trick or sneaky shortcut to making huge bags of money?

Mature thinkers know that nothing worthwhile is easy or guaranteed. So there is no a magic close that will force someone to buy, or a pitch so persuasive it sells itself. To seek the easy answers is a misunderstanding of what sales is really about. We cannot force people to do anything.

Instead, give people what they want, listen, and see things from their point of view. Because it's the customer's situation that determines if they buy. We don't call the plumber if our taps aren't leaking; we don't want to shoot the breeze with the cable guy. We engage with companies because we want something, and it's the same for why people will buy from you.

Don't listen to the marketer's jingle of awareness to transaction (which is from the businesses' perspective.) What is going on in your prospect's world? There will always be some unsatisfied need or want if a sale is possible. And if you can't help someone get what they want, it doesn't matter about your prices, how good your product is, or anything else.

What all of this means is that you do not make sales; you find sales. The opportunity of a sale being made is either there or it isn't. And yes, everyone has a fishing story or two of turning somebody around—but how often does that happen? Selling is not alchemy.

When people buy from a salesperson, it's because they were thinking about buying already. The salesperson was just kind of 'there,' handing over what they wanted. In practice, this means there are two distinct, yet concurrent parts to any good sales conversation: qualification, and what happens after. When we talk of simply finding the buyers (qualification), it's the first and most important step of the sale - not the close, nor your glossy sales kits, but who you speak to that matters the most.