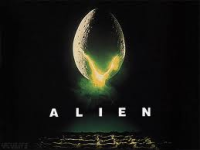 I have a lesson in process and outsourcing to share with you today. As many of you know, I'm also a copywriter. Sales training and copywriting are the two main things I do for money. Lately I've been working on a product launch for a stock trading software, and it's been very engrossing.

Yesterday, in the hopes of getting into something completely different, I started watching a 2-1/2 hour documentary of how the movie Alien (1979) got made.

Much to my surprise, I found myself in familiar territory. An astonishingly large number of factors I'm quite familiar with from the product launch world reappeared in this “Behind the Scenes” story. And I want to share some of them with you, because they'll help you understand the process of creating a successful business—especially if you're new to all this.

Now we ought to begin by reminding ourselves that the idea for what became the movie Alien popped into a writer's head sometime after 1974 but before 1977. This is vitally important to our understanding of the business environment, because Star Wars had not come out yet. Therefore, everyone was afraid of science fiction and nobody wanted to risk studio money on a project like that. The writer was a young guy who had gone to film school with director John Carpenter, and helped him make the sci-fi comedy Dark Star. But this writer wanted to make a sci-fi horror movie next. He then found another writer who was working on a half-completed story that they combined, and wrote a treatment—not a script—for an all-male crew with some sort of monster aboard.

At this point they had no clear idea what the alien would look like. Someone introduced them to the disturbing metal artwork of H.R. Giger and that is how the direction of the appearance of the monster was settled upon.

Then they shopped this idea around to various studios, looking for money. One studio tried to complete and rewrite the script several times with different writers. The results were bad. However, the android, Ash, was an idea contributed by these new writers.

The decision to make the lead a woman, to be counter-to-type in the genre, was a late one.

But 20th Century Fox wouldn't approve the script. Nobody wanted to risk on science fiction. It sat there until

Star Wars demonstrated in 1977 that sci-fi could be extremely commercially successful. 20th Century had exactly one other sci-fi script laying around. An interesting side note: Alan Ladd, Jr., son of the famous actor, was president of Fox at the time. He had invested in George Lucas for Star Wars, and now OKed the money, at first $4.2 million, for Alien.

So who would direct? The studio went through several candidates. The movie had to be carried off in such a way as to appear an A-level film; the special effects could not look silly, and the monster had to be genuinely scary. The right director had to have the right vision. Five candidates later the team settled on a new fellow, who had made precisely one film: Ridley Scott. Thanks to Scott getting some storyboards together, Fox saw his vision and doubled the budget to over $8 million. Never underestimate the power of painting a picture for your prospect.

Then they got several artists together. Giger for the alien design. Two others for the 'human' interiors. An Italian, Carlo Rambaldi, was hired to make the special effects for the alien's head (and won an Oscar for it).

A whole effects team was assembled, because everything had to be manually made. Remember, this was an era without CGI or much post-production capabilities. It all had to be done right the first time. And nobody had done many of the things they were going to try to do. The set designs were made of bones, plaster, scrap machinery and all kinds of other things.

And finally, the casting.

Sigourney Weaver went to the wrong place and was late to her casting call. Imagine if she'd been passed on for this mistake, or gave up and went home?

The nearly seven-foot-tall, ultra-thin man who played the alien, for whom they custom-made the suit, was found in a local tavern. He was sent to tai chi and mime classes to learn how to slow down and control his movements. A gymnast was used for other scenes.

Jerry Goldsmith, who seems to have done every other film than John Williams, composed the score.

Look at how many people, circumstantial events, personal efforts and individual talents contributed to what became a hit movie that has stood the test of time:

And there were more, such as the Fox producer who ran around telling the crew to stop making new sets Ridley Scott had told them to make, because they weren't financially approved by the beancounters. Imagine the frustration at that! Consider all of the choices made to get these people to the outcome of a great movie. Chance meetings. Additions like the android and a female lead made by other people than the original writers.

Process and Outsourcing for A Product Launch

In the launch I'm leading, we have

And stuff gets done fast.

By ourselves, none of us could do each component of the work this well or this fast. And without collaboration, we wouldn't get as good ideas out to our audience.

Takeaways About Process and Outsourcing

Takeaways from the Making of Alien documentary and my recent product launch experience include:

I've learned a lot from this process. And it is a process—I want you to see that. A great product isn't built in an afternoon. Many elements factor into a success, and plenty of them are going to be found outside of y-o-u.

The road to winning has many twists and turns. False starts. Sometimes even the temporary appearance of failure. But if you have a valuable and clear vision, it's much more likely you'll stick with the project to get the result you desire.

>> Was this helpful to you? Like, Share or Comment to let people know! Also, you can join us in the sales activity contest every month and learn modern selling tactics inside Sales Tactics University. <<