Hobby Or Business? This is a question asked by an Australian business owner on an expert platform I'm a member of, and I'd like to share my answer here.

"Is this a hobby or business?" The mentor of the questioner asked them this, saying they should choose a metric that reflects the opportunity cost of the time spent on the startup.

A business has a steady revenue stream coming from a predictable flow of customer leads.

A hobby has inconsistent revenue due to an unpredictable flow of prospects.

A business results from systems. The owner can do other things and the business continues to bring in leads.

A hobby usually relies on the efforts of the owner. When the owner stops, the process stops. 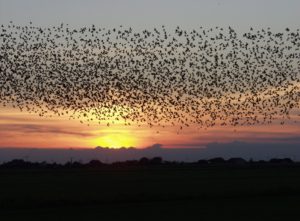 Hobby Or Business? The Difference To Look For And To Create

I was watching a Bar Rescue episode recently and host Jon Taffer was explaining to the bar owner that this bar needed to generate $1600 an hour for just three key hours over three nights: Thursday, Friday, and Saturday. If it did that, the bar would make the target profit.

That is an example of the system behind a business. Knowing when the key hours of demand are turns the bar into a predictable system of revenue--assuming the customer base is there to support it. Or else the owner has to get marketing into action to reach those targets...but at least he knows what he has to do.

If he didn't, his bar would remain an inconsistent hobby. He'd make money some nights and not others, and not know why or what he had to to do succeed.

That got me thinking about my own business. When do people predictably buy? How can I plan for that, take advantage of that, expand upon that? What "hours" (more like days of the month for my consulting business) do I need to predictably generate $X to make my money target?

Predictable Revenue Is The Difference Between Hobby Or Business

I know most people buy at the beginning or end of the month from me, because that's when their panic alarm really hits as the bills are due ("I need to avoid this"; or, "I can't let that happen again".) But there's also a predictable set of buyers who get ahold of me in the middle of the month, between the 15th to the 20th, say, and I don't know why they do.

I realized I need to look into that, because it's something I can systemize. It can become one of those "3 hour periods on Saturday night" if I make the right use of it; that will turn this kind of buyer from a hobby (as they are inconsistent right now and I don't depend on them for anything except bonus revenue, but I know they're out there) to a systematic, predictable revenue source which is the hallmark of a real business.

See where I'm going with this? Can you answer your own question? I think your mentor is right on in asking and they probably already know the answer. They probably want you to start thinking more about systems on your own initiative. Making some money with an idea is great, but that's just "proof of concept" unless you have made a steady, repeatable, predictable revenue stream out of it.

>> Jason Kanigan is a business strategist and conversion expert. To book a call with Jason to discuss your situation, click here. << 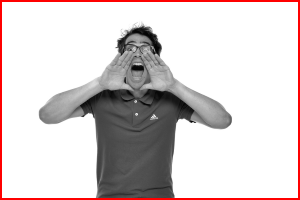