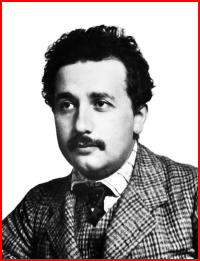 A person young in years asked "What do you wish you have known at age 18 that can contribute to more success, and invest more of your time and knowledge into?"

Questions like this come up frequently and it's heartening to know there are some college-age folks who value experience--and most importantly are looking ahead to plan their own futures a little.

My response, which I think is worth sharing with you:

What Should I Do With My Life?

Erghh...tough to answer because at 18 I know I didn't listen to many people...and I thought I was a "nice kid."

A lot of this stuff is learned through trial and error, and this saying (which has been attributed to many people from Mark Twain on down) is accurate:

So at least in this model, you have to go through the bad to understand the good.

I'll say this, from my own experience:

The time will pass.

In three blinks of an eye you will be 40.

I know it seems like a far away point now, but trust me, time accelerates as you get older.

Each summer you plan to learn how to sail a small boat.

Each summer passes and you have to work, you can't take the time off to do the course, the sunny days pass by.

The time will pass.

If you want to get good at something--business, music, art, whatever--start now. Persist. The time passes, quicker and quicker, whether you like it or not, and if you stick with whatever it is, you will develop that skill...

...and suddenly, in two blinks of an eye, you will realize you are a professional.

I have perhaps 25 functional years left in the workforce. The full force of this is in my face every waking minute. Be the person you want to be--or be a flake. That is fate's demand.

Don't be too concerned about money at your age. You can build it. Live beneath your means. I didn't, through my mid-20s, and it bothers me to this day. Put a percentage of your income aside every paycheck. Then you can take vacations when the opportunity arises, buy stuff on sale that you really want when it comes up, take that sailing course and get started on the road to enjoyment and perhaps mastery.

Don't let circumstances rule you. Need to get out of work early to take that course? Talk to your boss about it.

Start a side business now, if you're so inclined. You can make all the mistakes early and it won't cost you much...and you can be a pro at 28. Because, trust me, the time will fly by.

Make the things you want to happen...happen.

Don't be too interested in pleasing other people. It doesn't pay off. They will simply take advantage and then take more. Take care of yourself first. If a choice comes down to doing something you know is important to your life, or pleasing someone else and suppressing your desire or interest, choose yourself.

You can always get another job.

Even me. (What they know about is The Truth According To Themselves...and that is not Your Truth.)

Trust yourself. Find your own truth. There are MANY ways to success--not just one. Not just the single one advertised on television. You can figure it out your way, and you'll probably be a lot happier.

Oh, and invest in some solid real estate as soon as you can to get a passive income going.

>> Jason Kanigan is a sales trainer + copywriter. To talk to Jason, visit jasonkanigan.com << 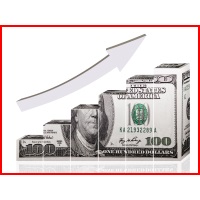 Commission for appointment setters is a common question when setting up the sales processes for new organizations.

"What is the best commission model when hiring a sales person to sell digital marketing services to small businesses?" was asked on an expert platform I'm a member of.

The asker went on to explain that the owners of the business will handle the consultation and closing. So it wasn't a "sales" role...it was phone prospecting...appointment setting.

I've set up agencies for commission sales teams in the management consulting field.

Issues with Commission for Appointment Setters

Finding people to work entirely on commission was possible pre-2008, but nearly impossible after 2011. The level of skepticism, coupled with people holding PhDs and psychiatry degrees realizing they shouldn't be trying to duck into being telemarketers until their practices pick back up, lead to a huge drop-off in the number of candidates.

I also hired firms specializing in finding commission sales candidates, and they were unable to provide me more than a couple of resumes of people who did not stick. To be fair, this was in 2012-13 and their situation may have changed by now.

However--with the minimal buy-in, loyalty and typically abysmal investment in training the hiring company provides, it is in my opinion not worth traveling down that path.

The candidate doesn't really have a reason to stick around. Any time a regular wage job is put in front of them, they'll jump. And most never wanted to be making calls in the first place.

I know several business owners who run "boiler room" type operations and they are constantly juggling and struggling with staffing. Callers go to lunch and don't return. They don't show up. And this is when paying the callers a wage! From my perspective, it wasn't worth the hassle.

Perhaps you'll find someone who has the commitment, the drive, the energy and the talent to be a good commission appointment setter. As far as I'm concerned, that would be like winning the lottery.

First, to attract someone into a role like this, you really have to be paying an hourly rate. I'd skip commission entirely. Your retention will be much better, depending on how well you screen candidates.

Second, if you're going the commission route, the rate has to be big enough to be worthwhile. Yes, maybe 5% IS an appropriate *percentage* of the sale to give an appointment setter--but is it a significant-enough amount of *money* to be worth the person's time?

You'll have to figure this out with your own numbers and see if a person can really make a livable wage out of your numbers.

After all, they don't get paid unless the owners do their job, too. If they don't sell, the setter doesn't make anything. Personally, I would not want to hand my financial fortunes over to someone else like that.

Is Your "Game" Rigged for the Setter to Fail?

Can the setter really make the number of dials necessary to succeed?

I don't know what the livable wage is in your area--in NY and LA it's going to be much higher than, say, Portland, OR or where I am in Wilmington, NC--but let's say the setter needs a good $2500 a month to scrape by.

We still have to back into that number.

Now if you're the owner, or the person doing the selling, how good are you?

Most people overestimate their competency level. They believe they're going to close almost all of the prospects who come their way. Not so!

Maybe your setter does a bang-up qualification job (Secret: that's what you're really paying them for) and you really can close 1 in 2. But let's go 1 in 3 and I still think that's generous.

An Overlooked Factor in Commission for Appointment Setters

How long's your sales cycle?

Hadn't thought of that, had you!

That means you're going to have to back out the final of these 30 leads to the date that leaves enough time to finish that cycle before the month expires and our poor setter runs out of time to make their revenue target.

What this translates to, in English, is your setter's probably going to have a pretty bad first month.

Because they're filling the funnel.

Unless they go nuts, like aiming for 60 or 90 or 100 leads to cram into that funnel, the odds of enough getting through the sales cycle and closed and paid so they can be paid is low.

So let me ask you this:

how do you feel?

Unless you want a rotating door of setters, I strongly suggest you set up the equation to it supports your hire and gives them the time and financial reward they need to succeed. Which means they HAVE to survive through to that second month...keep putting in the effort, and seeing the good results appear.

Number of Dials Needed to Earn Commission for Appointment Setters

To get those 30 leads (and remember, that is when the sales funnel is FULL, and your setter is continuing to load more leads into it to keep it full, and you have many prospects at various stages of the pipeline--not just at the beginning), how many people does your setter have to call?

We know, on average, that only 1 in 4 prospects dialed will be ready and available to talk today.

So 30 X 4 = 120 is your setter's ultra-basic, bare minimum number of dials. And really, I bet it will end up being double or triple that.

Does your setup, and your setter's situation, support them being able to make those dials?

And remember, this is with a decently mid-ticket offer of $5000. If your price is actually lower, the number of leads and dials are going to be much higher.

These calculations will of course vary depending on your situation. My intention here is to give you a sense of what's involved and where the perils are.