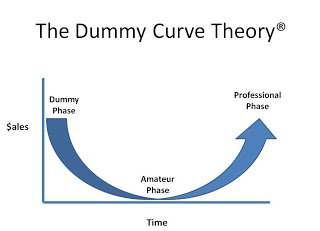 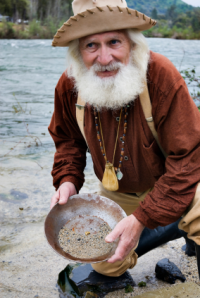 Over the past 60 days or so, I have interviewed five sales experts. I have also been interviewed several times as a sales expert. So here we now have a library of sales expert interviews at SalesTactics.org. Do not take this lightly. Where else can you find such discussions? I arrange these interviews to show you the concepts I talk about are not the unproven theories of a lone thinker, but shared by many oft-unheard fellow experts in the sales training field.

Here are the five sales expert interviews completed over the past two months:

Richard Ruff on How the Fortune 1000 Train Their Sales Teams

and as a bonus from earlier this year,
Dave Kurlan on Effective Phone Selling.

It's said that if you read three (just three!) books on a subject, you will know more about it than 95% of the population. Consider how much farther ahead you will be about selling if you absorb these interviews.

I have also been fortunate enough to have been interviewed several times recently. Rather than "just" cold calling or typical sales ideas, I've been able to discuss the mindset of a successful salesperson. This is one of my most valuable interviews to date.

This is a virtual library of sales training methodology you could pay a considerable amount of money for. Think about it: what do you think the billable hourly rate of each of these experts is? And totaled together? At a bare minimum we have a $1000 program on this page. And it's provided here for free.

>> Jason Kanigan is a sales force developer. If you know someone who will benefit from seeing this information, please Share it. Also, you can Like our Facebook page to be advised of new content like this. And if you have a question about any of these interviews or another topic in sales, please comment below to let us know! We want to hear from you. And if you'd like to get better customers, better projects and make more money, get The Small Business Sales Effectiveness Report available FREE at the top of this page! <<

Most Popular May Posts at SalesTactics.org

The most popular May posts lead with the copywriting case study of a $400,000 target project that generated $600,000 in the one week the offer was open. So far, almost a thousand people have been interested in how this was accomplished. As we saw in the development of the movie Alien, success is often the result of the combination of expertise from many people.

With the success The Small Business Sales Effectiveness Report has had on Amazon/Kindle, it's no wonder many people have been very happy to pick it up here for free. Many small business owners, consultants and sales executives struggle with finding the right customers. This free report gives you the one huge secret that enables you to uncover clients who will pay you well, treat you well, and know other such people.

We Continue to Wonder How To Find Pain Points

Making a return to the Most Popular May Posts list from its inclusion for March, this post on discovering your target market's pain points has received a lot of attention. Developing rapport quickly is a critical path to having an open and honest dialogue between you and your prospect, and communicating your niche's pain points is a highly effective way of accomplishing this.

You must know your prospect's jargon and key issues you can resolve. Communicating these things up front gives you instant credibility, and opens the door to further discussion.

My Take On The Most Popular May Posts

You are looking for information on what works. A copywriting case study is a rare thing, from me or anyone, and here we have details about a big ticket program with great results. Additionally, everyone who is struggling to get clients--especially the right kind of clients--needs to know the difference that makes the difference in your sales process. The free report on sales effectiveness gives you this.

And finally, we're going to be looking at pain points for a long time, aren't we. I'm sure we'll see this article surfacing again, not just in the Most Popular May Posts here on SalesTactics.org, but many months to come. They are key to our customer relationships. If we can communicate to them that we understand their world, they will be much more open to talking with us about their specific situation. Contrast this with the ineffective salesperson who calls up merely with features and benefits of what they are offering. They are going to have a much tougher time.

We have gotten into a lot of deep ideas about selling over the past 45 days. Ideas other people are not teaching. I hope to see more interaction with you on these topics going forward.

>> Jason Kanigan is a sales force developer and copywriter. Do you have a question about these topics? Comment below to let us know! And please Like or Share if you know someone who would benefit from this information. <<